If you Google botched boob jobs, the pictures you see here will come up; grotesquely undesirable breasts complete with commentary. I had a botched boob job, but mine was far different than those of these women.

During a unilateral mastectomy (one boob) a couple of years ago, I had immediate reconstructive surgery. The breast health surgeon was there as well as the plastic surgeon. One giveth, one taketh away. It has been complicated because I had already had one course of radiation on that breast and radiation degrades the tissues and its ability to maintain a foreign object. It all went well and after multiple surgeries, I had two perfectly natural looking augmented breasts. I was impressed.

Then the cancer came back for a third time. The doctors told me I would have to have the implant taken out and a tissue expander put back in for the better part of a year while I underwent chemo and another course of radiation. I was devastated at this news. The tissue expander is by far one of the most painful aspects of this whole journey. I know I have complained about it before, but I just can’t complain enough about this torturous device. There has got to be a better way to “hold the space” for an implant without putting a hard squeaky toy in a woman’s chest wall. I spoke endlessly with my surgeons about this, even negotiated a way to live with the tissue expander for a shorter amount of time than what they originally wanted. However, I may need to become an advocate for a new type of technology, or hire a team of engineers to come up with something different on my own, because what is available is ridiculously painful.

I got through the nine months or so with the tissue expander and now it was time to remove it and replace it with a nice soft pliable silicone implant. I was never happier to undergo a surgery. But after surgery, things started to go downhill. My body was not healing. The radiation oncologist warned me that all of the radiation that I have had could cause the body to reject an implant all together. The tissue is no longer healthy, which is what they wanted in order to keep the cancer from returning. But without healthy tissue, there is no healing.

4 weeks post-surgery the incision opened up and a flood of fluid pooled around me. I was completely freaked out as I could tell that my body was “rejecting” the implant. The radiation oncologist suggested that I just remove the implant altogether and have only one breast…I looked him square in the eyes and asked him how many body parts he was living without because of cancer. He looked away. I called the plastic surgeon.

“We need to get you in tomorrow for emergency surgery” said the surgeon. “I want to swap out the implant which has probably become infected, move the incision in order to find healthy skin that will heal and put a drain in so there is no pressure on the incision as this will take a long time to heal.”

So back to surgery I went, I think this was the 15th on this same little breast, but I wasn’t giving up.

Since I was their last case of the day, I couldn’t eat or drink anything and I had to wait around all day while they squeezed me in for this emergency procedure. It was starting to get dark outside and the staff was starting to leave the surgery center for the day. Finally it was my turn. They wheeled me into the OR and I looked at the clock, it was 4:30 pm. The anesthesiologist came in and mixed up a nice cocktail for me that he put into the IV. He asked me a question, but I don’t remember answering it, man I love that stuff!

A couple of hours later I was in recovery and Joe was back by my side. We drove home and I settled in to begin the long road to healing. It has been 10 days since the surgery, I still have the drain, but the surgeon is seeing good signs of healing. I told the universe that I am coming out of this thing with two breasts and no cancer. I will settle for nothing less and I won’t give up on being healthy and whole.

But the question that still lingers on my lips is why oh why do woman have grotesquely weird augmentations done to themselves? 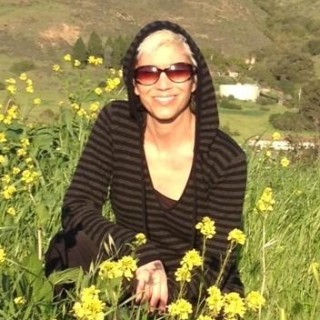